European football fans can now rejoice as we have an exclusive promotional code available for use at the online UEFA store. 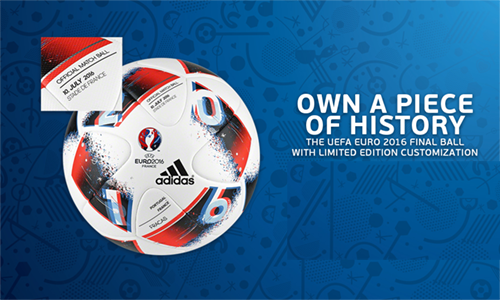 Whether you are looking for the latest Champions League merchandise or want to have a souvenir from your team’s Europa League journey, the UEFA store has something for football fans of clubs right across Europe.

You can even bag yourself some goodies from Euro 2016, when Wales and Iceland both made history with some outstanding displays during the tournament in France.

The store has a wide selection of replica jerseys, scarf’s, footballs, caps and plenty of other souvenirs from the biggest men’s and women’s teams who play in the various UEFA tournaments, such as the Champions League, Europa League and European Championships.

Use our exclusive voucher code below to get 10% off your order at the UEFA store checkout.

If you place an order worth £65 or more, you’ll also get free delivery. So go and grab yourself a piece of football memorabilia and celebrate the beautiful game.